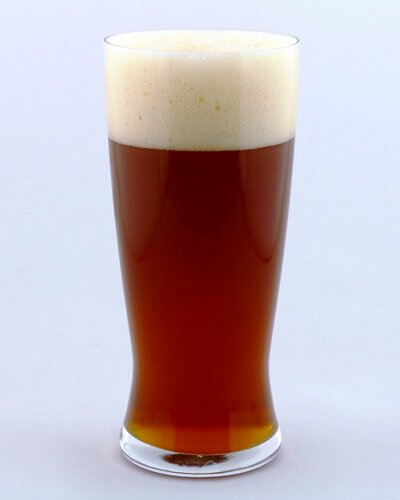 Description: Amber Ales deliver relatively easy-going, approachable, malty drinkability without any particular fanfare or the overbearing qualities that may characterize other dark beer styles. In Ireland, Red Ale is a more direct offshoot of the English Pale Ale style, and the amber and red-coloured ales produced by American craft brewers are inspired interpretations of these Old World beers, as well as uniquely American beer styles.

Description: Also known as Red Ale, it is an amber, hoppy, moderate-strength American craft beer with a caramel malty flavour. The balance can vary quite a bit, with some versions being fairly malty and others being aggressively hoppy. Can overlap in colour with darker American pale ales, but with a different malt flavour and balance. Regional variations exist with some being fairly mainstream and others being quite aggressive in hopping. Stronger and more bitter versions are split into the Red IPA style.

History: A modern American craft beer style developed as a variation from American Pale Ales. Known simply as Red Ales in some regions, these beers were popularized in the hop-loving Northern California and the Pacific Northwest areas before spreading nationwide.

Description: An easy-drinking pint, often with subtle flavours. Slightly malty in the balance sometimes with an initial soft toffee/caramel sweetness, a slightly grainy-biscuity palate, and a touch of roasted dryness in the finish. Traditional Irish examples are relatively low in hops, are grainy with a slight roast dryness in the finish, fairly neutral in general. Modern export Irish examples are more caramelly and sweet, and might have more esters. American craft versions are often more alcoholic versions of the Irish export examples.

History: While Ireland has a long ale brewing heritage, the modern Irish Red Ale style is essentially an adaptation or interpretation of the popular English Bitter style with less hopping and a bit of roast to add colour and dryness. Rediscovered as a craft beer style in Ireland, today it is an essential part of most brewery lineups, along with a pale ale and a stout.