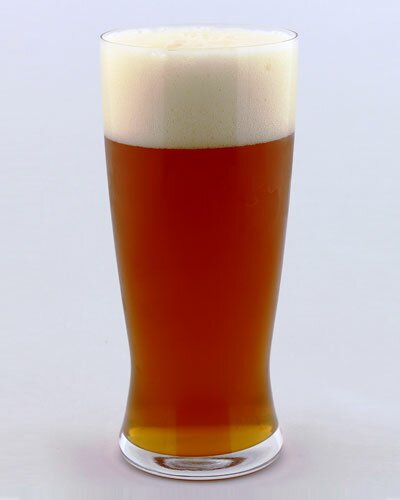 Description: This category groups amber-coloured, German or Austrian origin, bottom-fermented lagerbiers that have a malty balance and are vollbier to starkbier in strength. These lagers boast a bit more malt backbone and overall character than their lighter sister styles. Bitterness is generally low. Hop aroma, flavour and bitterness levels will vary from beer to beer within the style, based on the brewer’s intent, but most of these types of lager are malt-forward or balanced.

Description: A moderate-strength amber lager with a soft, smooth maltiness and moderate bitterness, yet finishing relatively dry. The malt flavour is clean, bready-rich, and somewhat toasty, with an elegant impression derived from quality base malts and process, not specialty malts and adjuncts. A standard-strength everyday beer, not a beer brewed for festivals. American versions can be a bit stronger, drier and more bitter, while modern European versions tend to be sweeter.

History: Developed by Anton Dreher in Vienna in 1841, became popular in the mid-late 1800s. Now nearly extinct in its area of origin, the style continues in Mexico where it was brought by Santiago Graf and other Austrian immigrant brewers in the late 1800s.

Description: An elegant, malty German amber lager with a clean, rich, toasty and bready malt flavour, restrained bitterness, and a dry finish that encourages another drink. The overall malt impression is soft, elegant, and complex, with a rich aftertaste that is never cloying or heavy. Modern domestic German Oktoberfest versions are golden – see the Festbier style for this version. Export German versions are typically orange-amber in colour, have a distinctive toasty malt character, and are most often labelled Oktoberfest.

History: As the name suggests, brewed as a stronger “March beer” in March and lagered in cold caves over the summer. Modern versions trace back to the lager developed by Spaten in 1841, contemporaneous to the development of Vienna lager.

History: A historical specialty of the city of Bamberg, in the Franconian region of Bavaria in Germany. Beechwood-smoked malt is used to make a Märzen-style amber lager.

Description: A well-balanced, well-attenuated, bitter yet malty, clean, and smooth, amber- to copper-coloured German beer. The bitterness is balanced by the malt richness, but the malt intensity and character can range from moderate to high (the bitterness increases with the malt richness). A top-fermented lagered beer, fermented at cool ale temperature (59–68 °F), often conditioned at bottom-fermentation temperatures (about 50 °F) and then lagered at cold temperatures to produce a cleaner, smoother palate than is typical for most ales.

Description: A young, fresh Helles, so while still a malty, fully-attenuated Pils malt showcase, the hop character (aroma, flavour and bitterness) is more pronounced, and the beer is cloudy, often with some level of diacetyl, and possibly has some green apple and/or other yeast-derived notes. Most Kellerbiers are young, unfiltered, unpasteurized versions of Munich Helles beer, although Pils or a different, custom golden lager beer designed specifically for serving young could also be used. The best examples are served only on tap at many of the Munich area breweries.

Description: Also known as Steam Beer, it is a lightly fruity beer with firm, grainy maltiness, interesting toasty and caramel flavours, and showcasing rustic, traditional American hop characteristics. This style is narrowly defined around the prototypical Anchor Steam example, although allowing other typical ingredients of the era.

History: American West Coast original, brewed originally as Steam Beer in the Gold Rush era. Large shallow open fermenters (coolships) were traditionally used to compensate for the absence of refrigeration and to take advantage of the cool ambient temperatures in the San Francisco Bay area. Fermented with a lager yeast, but one that was selected to ferment relatively clean beer at warmer temperatures. Modern versions are based on Anchor Brewing re-launching the style in the 1970s.