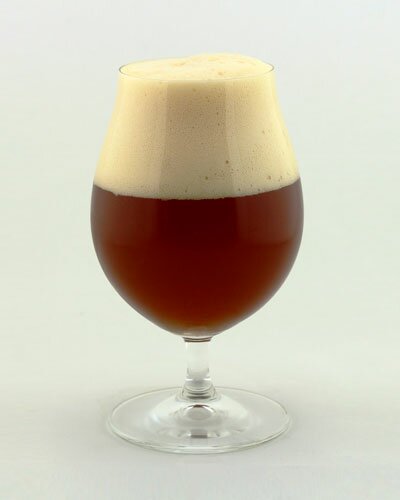 Description: Brewing in Belgium dates back at least to the age of the first crusades in the 12th century. Under the Catholic Church's permission, local French and Flemish abbeys brewed and distributed beer as a fund-raising method. The relatively low-alcohol beer of that time was preferred as a sanitary option to available drinking water. What are now traditional, artisanal brewing methods evolved, under abbey supervision, in the next seven centuries. The Trappist monasteries that now brew beer in Belgium were occupied in the late 18th century primarily by monks fleeing the French Revolution. However, the first Trappist brewery in Belgium (Westmalle) did not start operation until 10 December 1836, almost fifty years after the Revolution. That beer was exclusively for the monks and is described as "dark and sweet." The first recorded sale of beer (a brown beer) was on 1 June 1861.

Description: A moderate-strength golden ale that has a subtle fruity-spicy Belgian yeast complexity, slightly malty-sweet flavour, and dry finish. Often has an almost lager-like character, which gives it a cleaner profile in comparison to many other Belgian styles. Belgians use the term Blond, while the French spell it Blonde.

Description: Most commonly, a pale, refreshing, highly-attenuated, moderately-bitter, moderate-strength Belgian ale with a very dry finish. Typically highly carbonated, and using non-barley cereal grains and optional spices for complexity, as complements the expressive yeast character that is fruity, spicy, and not overly phenolic.

History: A provision ale originally brewed in Wallonia, the French-speaking part of Belgium, for consumption during the active farming season. Originally a lower-alcohol product so as to not debilitate field workers, but tavern-strength products also existed. Higher-strength and different-coloured products appeared after WWII. The best known modern saison, Saison Dupont, was first produced in the 1920s. Originally a rustic, artisanal ale made with local farm-produced ingredients, it is now brewed mostly in larger breweries yet retains the image of its humble origins.

Description: A pale, complex, effervescent, strong Belgian-style ale that is highly attenuated and features fruity and hoppy notes in preference to phenolics. The best examples are complex and delicate. High carbonation helps to bring out the many flavours and to increase the perception of a dry finish. Traditionally bottle-conditioned (or refermented in the bottle).

History: Originally developed by the Moortgat brewery after WWI as a response to the growing popularity of Pilsner beers. References to the devil are included in the names of many commercial examples of this style, referring to their potent alcoholic strength and as a tribute to the original example (Duvel).

Description: A fairly strong, malt-accentuated, lagered artisanal beer with a range of malt flavours appropriate for the colour. All are malty yet dry, with clean flavours and a smooth character. Three main variations are included in the style: the brown (brune), the blond (blonde), and the amber (ambrée). The darker versions will have more malt character, while the paler versions can have more hops (but still are malt-focused beers).

History: Name literally means “beer which has been kept or lagered.” A traditional artisanal ale from Northern France brewed in early spring and kept in cold cellars for consumption in warmer weather. It is now brewed year-round.

Description: Trappist is a protected legal appellation, and cannot be used commercially except by genuine Trappist monasteries that brew their own beer. However, we can use it to describe the type or styles of beer produced by those breweries and those who make beers of a similar style. Trappist type beers are all characterized by very high attenuation, high carbonation through bottle conditioning, and interesting (and often aggressive) yeast character.

History: Monastery brewhouses, from different religious orders, have existed across Europe since the Middle Ages. From the very beginning, beer was brewed in French Cistercian monasteries following the Strict Observance. Breweries were later introduced in monasteries of other countries as the Trappist order spread from France into the rest of Europe. The Trappists, like many other religious people, originally brewed beer to feed the community, in a perspective of self-sufficiency. Nowadays, Trappist breweries also brew beer to fund their works and charitable causes.

Description: A deep reddish-copper, moderately strong, malty, complex Trappist ale with rich malty flavours, dark or dried fruit esters, and light alcohol blended together in a malty presentation that still finishes fairly dry. Originated at monasteries in the Middle Ages, and was revived in the mid-1800s after the Napoleonic era.