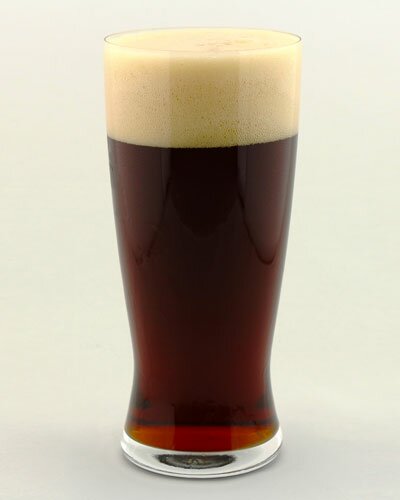 Description: Until pale malts and lagering methods came into use, beers were fundamentally dark in colour and warm-fermented. These brown-coloured beers ran the gamut of dark hues, flavour and strength. England is the original home of the world’s contemporary brown ale style, which gained popularity during the 1920s, and it has spawned at least one New World style since.

Description: A dark, low-gravity, malt-focused British session ale readily suited to drinking in quantity. Refreshing, yet flavourful, with a wide range of dark malt or dark sugar expression. Most are low-gravity session beers around 3.2%, although some versions may be made in the stronger (4%+) range for export, festivals, seasonal and/or special occasions. Generally served on cask; session-strength bottled versions don’t often travel well.

History: Historically, ‘mild’ was simply an unaged beer, and could be used as an adjective to distinguish between aged or more highly hopped keeping beers. Modern milds trace their roots to the weaker X-type ales of the 1800s, although dark milds did not appear until the 20th century. In current usage, the term implies a lower-strength beer with less hop bitterness than bitters.

Description: A malt-focused, generally caramelly beer with perhaps a few esters and occasionally a butterscotch aftertaste. Hops only to balance and support the malt. The malt character can range from dry and grainy to rich, toasty, and caramelly, but is never roasty and especially never has a peat smoke character. Traditionally the darkest of the Scottish ales, sometimes nearly black but lacking any burnt, overtly roasted character.

History: The original meaning of ‘schilling’ (/-) ales have been described incorrectly for years. A single style of beer was never designated as a 60/-, 70/- or 80/-. The schillings only referring to the cost of the barrel of beer. Meaning there were 54/- Stouts and 86/- IPAs and so on. The Scottish Ales in question were termed Light, Heavy and Export which cover the spectrum of costs from around 60/- to 90/- and simply dark, malt-focused ales. Historically, the three types of beer were parti-gyled to different strengths, and represented an adaptation of English pale ales but with reduced strengths and hopping rates, and darker colours (often from added caramel). More modern versions (post-WWII, at least), tended to use more complex grists.

Description: A malty but hoppy beer frequently with chocolate and caramel flavours. The hop flavour and aroma complements and enhances the malt rather than clashing with it. Most commercial American Browns are not as aggressive as the original homebrewed versions, and some modern craft-brewed examples. This style reflects the current commercial offerings typically marketed as American Brown Ales rather than the hoppier, stronger homebrew versions from the early days of homebrewing.

History: An American style from the modern craft beer era. Derived from English Brown Ales, but with more hops. Pete’s Wicked Ale was one of the first and best known examples, and inspired many imitations. Popular with homebrewers, where very hoppy versions were sometimes called Texas Brown Ales (this is now more appropriately a Brown IPA).

Description: A malty, brown caramel-centric British ale without the roasted flavours of a Porter. A wide-ranging category with different interpretations possible, ranging from lighter-coloured to hoppy to deeper, darker, and caramel-focused; however, none of the versions have strongly roasted flavours. A stronger Double Brown Ale was more popular in the past, but is very hard to find now.

History: Brown ale has a long history in Great Britain, although several different types of products used that name at various times. Modern brown ale is a 20th century creation as a bottled product; it is not the same as historical products of the same name. A wide range of gravities were brewed, but modern brown ales are generally of the stronger (by current UK standards) interpretation.