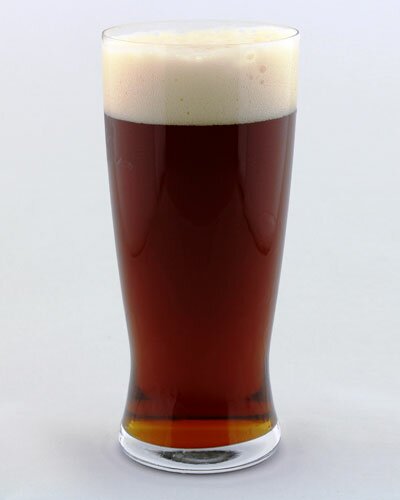 Description: Lagers would likely have been mainly dark until the 1840s; pale lagers were not common until the later part of the 19th century when technological advances made them easier to produce. Dark lagers typically range in colour from dark reddish brown to black.

Description: A rich, dark, malty Czech lager with a roast character that can vary from almost absent to quite prominent. Malty with an interesting and complex flavour profile, with variable levels of hopping providing a range of possible interpretations. More modern examples are drier and have higher bitterness while traditional versions often have IBUs in the 18– 20 range with a sweeter balance.

History: The U Fleků brewery has been operating in Prague since 1499. Many small, new breweries are brewing this style.

Description: Characterized by depth, richness and complexity typical of darker Munich malts with the accompanying Maillard products. Deeply bready-toasty, often with chocolate-like flavours in the freshest examples, a decidedly malt-balanced beer, yet still easily drinkable. Unfiltered versions from Germany can taste like liquid bread, with a yeasty, earthy richness not found in exported filtered examples.

History: The classic brown lager style of Munich which developed as a darker, more malt-accented beer than other regional lagers. While originating in Munich, the style became popular throughout Bavaria (especially Franconia). Franconian versions are often darker and more bitter.

Description: A dark, strong, malty German lager beer that emphasizes the malty-rich and somewhat toasty qualities of continental malts without being sweet in the finish. Any fruitiness is due to Munich and other specialty malts, not yeast-derived esters developed during fermentation.

History: Originated in the Northern German city of Einbeck, which was a brewing centre and popular exporter in the days of the Hanseatic League (14th to 17th century). Recreated in Munich starting in the 17th century. The name “bock” is based on a corruption of the name “Einbeck” in the Bavarian dialect, and was thus only used after the beer came to Munich. “Bock” also means “Ram” in German, and is often used in logos and advertisements.

Description: A dark German lager that balances roasted yet smooth malt flavours with moderate hop bitterness. The lighter body, dryness, and lack of a harsh, burnt, or heavy aftertaste helps make this beer quite drinkable. Literally means “black beer” in German. While sometimes called a “black Pils,” the beer is rarely as dark as black or as bitter as a Pils; don’t expect strongly roasted, porter-like flavours.

History: A regional specialty from Thuringia, Saxony and Franconia in Germany. History is a bit sketchy, but is suspected of being originally a top-fermented beer. Popularity grew after German reunification. Served as the inspiration for black lagers brewed in Japan.