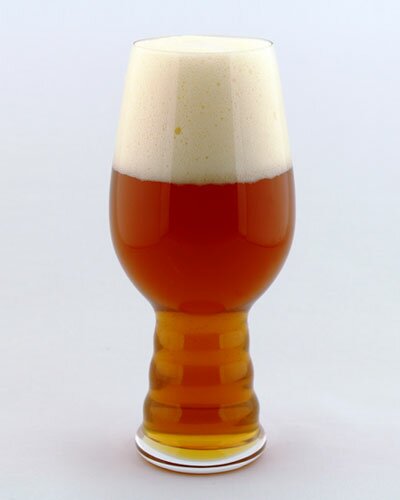 Description: Accounts of its origins vary, but most agree that what became later known as IPA was pale ale prepared for shipment to India in the late 1700s and early 1800s. Hops, a natural preservative, was added in greater number to the grist and was brewed to a higher strength to aid the transport to India. The style underwent a craft beer rediscovery in the 1980s. Modern examples are inspired by classic versions, but shouldn’t be assumed to have an unbroken lineage with the exact same profile.

Description: A hoppy, moderately-strong, very well-attenuated pale British ale with a dry finish and a hoppy aroma and flavour. Classic British ingredients provide the best flavour profile. The attributes of IPA that were important to its arrival in good condition in India were that it was very well-attenuated, and heavily hopped. Many modern examples labelled IPA are quite weak in strength. According to CAMRA, “so-called IPAs with strengths of around 3.5% are not true to style.” English beer historian Martyn Cornell has commented that beers like this are “not really distinguishable from an ordinary bitter.” Therefore there are two kinds of English IPA in the market; traditional high-strength and flavour, or low-strength, bitter-like beer.

History: George Hodgson of the Bow Brewery became well-known as an exporter of IPA during the early 1800s, and is the first name frequently mentioned with its popularity. As with all English beers with a long history, the popularity and formulation of the product changed over time. Burton breweries with their high-sulphate water were able to successfully brew IPA and began their domination of this market by the 1830s, around the time the name India Pale Ale was first used. Strength and popularity declined over time, and the style virtually disappeared in the second half of the 20th century. The name was often used to describe pale ales and bitters, not anything special (a trend that continues in some modern British examples).

History: The first modern American craft beer example is generally believed to be Anchor Liberty Ale, first brewed in 1975 and using whole Cascade hops; the style has pushed beyond that original beer, which now tastes more like an American Pale Ale in comparison. American-made IPAs from earlier eras were not unknown (particularly the well-regarded Ballantine’s IPA, an oak-aged beer using an old English recipe).

Description: Also known as a Double IPA (IIPA) or Triple IPA (IIIPA), this style is an intensely hoppy, fairly strong pale ale without the big, rich, complex maltiness and residual sweetness and body of an American Barleywine. Strongly hopped, but clean, dry, and lacking harshness. A showcase for hops, yet remaining quite drinkable. The adjective “double" is arbitrary and simply implies a stronger version of an IPA; “imperial,” “extra,” “extreme,” or any other variety of adjectives would be equally valid, although the modern American market seems to have now coalesced around the “double” term.

History: An American craft beer innovation first developed in the mid-late 1990s reflecting the trend of American craft brewers “pushing the envelope” to satisfy the need of hop aficionados for increasingly intense products. Became more mainstream and popular throughout the 2000s, and inspired additional IPA creativity.

Description: Specialty IPA isn’t a distinct style, but is more appropriately thought of as a competition entry category. Beers entered as this style are not experimental beers; they are a collection of currently produced types of beer that may or may not have any market longevity. The only common element is that they have the balance and overall impression of an IPA (typically, an American IPA) but with some minor tweak.

History: The term ‘IPA’ is used as a singular descriptor of a type of hoppy, bitter beer. It is not meant to be spelled out as ‘India Pale Ale’ when used in the context of a Specialty IPA. None of these beers ever historically went to India, and many aren’t pale. But the craft beer market knows what to expect in balance when a beer is described as an ‘IPA’ – so the modifiers used to differentiate them are based on that concept alone.

Description: Also known as India Session Ale (ISA), this style is typically similar to American IPAs, yet brewed to session strength (i.e. low ABV). Tends to be dryer and crisper than regular-strength IPAs. Most Session purists demand that the style be defined as any beer no higher than 3 or 4 percent ABV, however today, most categorise 5% ABV (or less) a true session, while some brewers create Session Ales that are even higher.

Description: An IPA with the fruitiness and spiciness derived from the use of Belgian yeast. The examples from Belgium tend to be lighter in colour and more attenuated, similar to a tripel that has been brewed with more hops. This beer has a more complex flavour profile and may be higher in alcohol than a typical IPA. A relatively new style, started showing up in the mid-2000s. Homebrewers and microbreweries simply substituted Belgian yeast in their American IPA recipes. Belgian breweries added more hops to their tripel and pale ale recipes.

Description: Also known as India Black Ale (IBA), it’s a beer with the dryness, hop-forward balance, and flavour characteristics of an American IPA, only darker in colour – but without strongly roasted or burnt flavours. The flavour of darker malts is gentle and supportive, not a major flavour component. A variation of the American IPA style first commercially produced by Greg Noonan as Blackwatch IPA around 1990. Popularized in the Pacific Northwest and Southern California of the US starting in the early-mid 2000s. This style is sometimes known as Cascadian Dark Ale (CDA), mainly in the Pacific Northwest.

Description: Also known as India Brown Ale, it is hoppy, bitter, and moderately strong like an American IPA, but with some caramel, chocolate, toffee, and/or dark fruit malt character as in an American Brown Ale. Retaining the dryish finish and lean body that makes IPAs so drinkable, a Brown IPA is a little more flavourful and malty than an American IPA without being sweet or heavy. A more modern craft beer name for a style that has long been popular with US homebrewers, when it was known as a hoppier American Brown Ale or sometimes Texas Brown Ale (despite origins in California).

Description: Also known as India Red Ale (IRA), it is a hoppy, bitter, and moderately strong like an American IPA, but with some caramel, toffee, and/or dark fruit malt character. Retaining the dryish finish and lean body that makes IPAs so drinkable, a Red IPA is a little more flavourful and malty than an American IPA without being sweet or heavy. Previously might have been a sub-genre of American Amber Ales or Double Red Ales, hoppier and stronger than the normal products, but still maintaining the essential drinkability by avoiding sweet flavours or a heavy body or finish.

Description: Also known as RyePA, it is a decidedly hoppy and bitter, moderately strong American pale ale, showcasing modern American and New World hop varieties and rye malt. The balance is hop-forward, with a clean fermentation profile, dry finish, and clean, supporting malt allowing a creative range of hop character to shine through. Looking to add complexity and variety to their IPAs, craft brewers and homebrewers substituted rye malt for a portion of their base malt. Rye IPAs have found a place in many craft breweries seasonal rotations.

Description: Also known as India White Ale (IWA), it is a craft beer interpretation of American IPA crossed with a witbier. A fruity, spicy, refreshing version of an American IPA, but with a lighter colour, less body, and featuring either the distinctive yeast and/or spice additions typical of a Belgian witbier. American craft brewers developed the style as a late winter/spring seasonal beer to appeal to Wit and IPA drinkers alike.

Description: India pale lagers differ from IPAs in one key respect — fermentation. IPAs are fermented with a clean ale strain, at ale fermentation temperatures (often 20–22 °C). In contrast, IPLs are fermented with a lager yeast strain at lager fermentation temperatures (usually 10–13 °C). To brew an IPL, a brewer could make adjustments to his grain bill and hop additions, or he could simply ferment his usual IPA wort with lager yeast. IPLs are light-bodied and refreshing with a crisp and clean finish, with an assertive hop character that should appeal to IPA drinkers, but with a more balanced bitterness that harkens back to the classic Czech Pilseners.