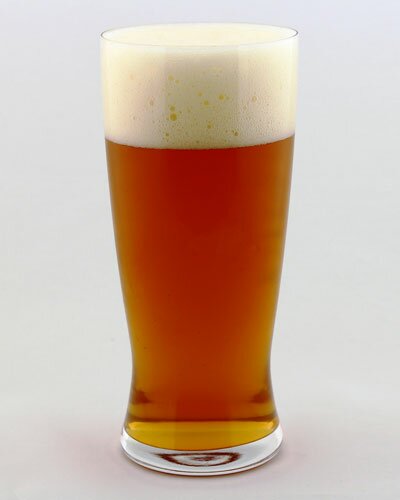 Description: Modern pale ale grew out of English pale ales as a draught product in the late 1800s. Originating in Derbyshire, England, where the coal by-product coke was first used to make brewing malt in the 1640s. Coke is a relatively smokeless heat source that, unlike wood and other fuels, dries malts without adding colour and smoky character to beer. Other towns followed Derby and began brewing pale ales from coke-dried malt. The use of crystal malts became more widespread after WWI. Pale ale presented a real change from England’s typically dark-coloured brown beers and porters. “Pale” is a relative term in this context, as its golden-to-amber or copper hue is indeed pale compared to porter, though not as pale as pilsner.

Description: A pale, refreshing and hoppy ale, yet with sufficient supporting malt to make the beer balanced and drinkable. The clean hop presence can reflect classic or modern American or New World hop varieties with a wide range of characteristics. An average-strength hop-forward pale American craft beer, generally balanced to be more accessible than modern American IPAs.

History: A modern American craft beer era adaptation of English pale ale, reflecting indigenous ingredients (hops, malt, yeast, and water). Prior to the explosion in popularity of IPAs, was traditionally the most well-known and popular of American craft beers.

Description: A moderately malty, somewhat fruity, easy-drinking, copper-coloured Belgian ale that is somewhat less aggressive in flavours profile than many other Belgian beers. The malt character tends to be a bit biscuity with light toasty, honey-like, or caramel-like components; the fruit character is noticeable and complementary to the malt. The bitterness level is generally moderate, but may not seem as high due to the flavourful malt profile. Most commonly found in the Flemish provinces of Antwerp and Brabant, they are Belgian “session beers” for ease of drinking. Nothing should be too pronounced or dominant; balance is the key. Yeast character generally more subtle than many Belgian beers, with some of the fruitiness being hop-driven.

History: Produced by breweries with roots as far back as the mid-1700s, the most well-known examples were perfected after the Second World War with some influence from Britain, including hops and yeast strains.

Description: Also known as English Pale Ale, low gravity, low alcohol levels, and low carbonation make this an easy-drinking session beer. The malt profile can vary in flavour and intensity, but should never override the overall bitter impression. Drinkability is a critical component of the style. The lowest gravity member of the English Pale Ale / Bitter family, typically known to consumers simply as “bitter” (although brewers tend to refer to it as Ordinary Bitter to distinguish it from other members of the family).

History: The family of British bitters grew out of English pale ales as a draught product in the late 1800s. The use of crystal malts in bitters became more widespread after WWI. Traditionally served very fresh under no pressure (gravity or hand pump only) at cellar temperatures (i.e., “real ale”). Most bottled or kegged versions of UK-produced bitters are often higher-alcohol and more highly carbonated versions of cask products produced for export, and have a different character and balance than their draught counterparts in Britain (often being sweeter and less hoppy than the cask versions).

Description: A flavourful, yet refreshing, session beer. Some examples can be more malt balanced, but this should not override the overall bitter impression. Drinkability is a critical component of the style. More evident malt flavour than in an ordinary bitter, this is a stronger, session-strength ale.

Description: An average-strength to moderately strong British bitter ale. The balance may be fairly even between malt and hops to somewhat bitter. Drinkability is a critical component of the style. A rather broad style that allows for considerable interpretation by the brewer.

History: An American craft beer style produced by many microbreweries and brewpubs, particularly those who cannot produce lagers. Regional variations exist (many US West Coast brewpub examples are more assertive, like pale ales) but in most areas this beer is designed as the least challenging beer in their line-up.

History: A sparkling or present-use ale that existed in the 1800s and survived prohibition. An ale version of the American lager style. Produced by ale brewers to compete with lager brewers in Canada and the Northeast, Mid-Atlantic, and Midwest states. Originally known as sparkling or present use ales, lager strains were (and sometimes still are) used by some brewers, but were not historically mixed with ale strains. Many examples are kräusened to achieve carbonation. Cold conditioning isn’t traditional, although modern brewers sometimes use it.

History: Modern golden ales were developed in England to take on strongly-marketed lagers. While it is difficult to identify the first, Hop Back's Summer Lightning, first brewed in 1986, is thought by many to have got the style off the ground.