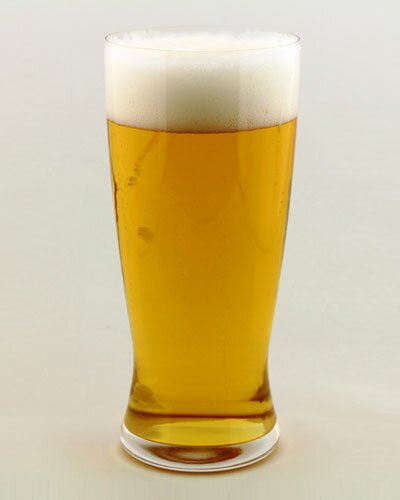 Description: Pale lagers are the premium mass-market lagers produced in most countries in the world. Whether developed from American or European styles, they all tend to have a fairly uniform character and are heavily marketed. Loosely derived from original Pilsner-type lagers, with coloured variations having additional malt flavours while retaining a broad appeal to most palates. In many countries, the styles will be referred to by their local country names.

Description: A highly-attenuated pale lager without strong flavours, typically well-balanced and highly carbonated. Served cold, it is refreshing and thirst-quenching. They may be all-malt, although strong flavours are still a fault. A broad category of international mass-market lagers ranging from up-scale American lagers to the typical “import” or “green bottle” international beers found in Australia and many export markets. Often confusingly labelled as a “Pilsner.”

History: In the US, developed as a premium version of the standard American lager, with a similar history. Outside the United States, developed either as an imitation of American style lagers, or as a more accessible (and often drier and less bitter) version of a Pilsner-type beer.

Description: Rich, characterful, pale lager, with considerable malt and hop character and a long, rounded finish. Complex yet well-balanced and refreshing. The malt flavours are complex, and the bitterness is strong but clean and without harshness, which gives a rounded impression that enhances drinkability. In the Czech Republic, only Pilsner Urquell is called a Pilsner, despite how widely adopted this name is worldwide. Kvasnicové (“yeast beer”) versions are popular in the Czech Republic, and may be either kräusened with yeasted wort or given a fresh dose of pure yeast after fermentation. These beers are sometimes cloudy, with subtle yeastiness and enhanced hop character. Modern examples vary in their malt to hop balance and many are not as hop-forward as Pilsner Urquell.

History: Commonly associated with Pilsner Urquell, which was first brewed in 1842 after construction of a new brewhouse by burghers dissatisfied with the standard of beer brewed in Plzeň.

Description: A light-bodied, highly-attenuated, gold-coloured, bottom-fermented bitter German beer showing excellent head retention and an elegant, floral hop aroma. Crisp, clean, and refreshing, a German Pils showcases the finest quality German malt and hops. Modern examples of Pils tend to become paler in colour, drier in finish, and more bitter as you move from South to North in Germany, often mirroring the increase in sulfate in the water. The Pils found in Bavaria tend to be a bit softer in bitterness with more malt flavour and late hop character, yet still with sufficient hops and crispness of finish to differentiate itself from a Helles. The use of the term ‘Pils’ is more common in Germany than ‘Pilsner’ to differentiate it from the Czech style, and (some say) to show respect.

Description: A clean, malty, gold-coloured German lager with a smooth grainy-sweet malty flavour and a soft, dry finish. Subtle spicy, floral, or herbal hops and restrained bitterness help keep the balance malty but not sweet, which helps make this beer a refreshing, everyday drink. A fully-attenuated Pils malt showcase, Helles is a malt-accentuated beer that is not overly sweet, but rather focuses on malt flavour with underlying hop bitterness in a supporting role.

History: Created in Munich in 1894 at the Spaten brewery to compete with pale Pilsner-type beers. Currently the most popular style in Southern Germany.

Description: A relatively pale, strong, malty German lager beer with a nicely attenuated finish that enhances drinkability. The hop character is generally more apparent than in other bocks. Also known as Mai Bock, but there is some dispute whether Helles (“pale”) Bock and Mai (“May”) Bock are synonymous. Most agree that they are identical, but some believe that Maibock is a “fest” type beer hitting the upper limits of hopping and colour for the range.

History: A fairly recent development in comparison to the other members of the bock family. The serving of Maibock is specifically associated with springtime and the month of May.

Description: A smooth, clean, pale German lager with a moderately strong malty flavour and a light hop character. Deftly balances strength and drinkability, with a palate impression and finish that encourages drinking. Showcases elegant German malt flavours without becoming too heavy or filling. This style represents the modern German beer served at Oktoberfest (although it is not solely reserved for Oktoberfest; it can be found at many other ‘fests’), and is sometimes called Wiesn (“the meadow” or local name for the Oktoberfest festival).

History: Since 1990, the majority of beer served at Oktoberfest in Munich has been this style. Paulaner first created the golden version in the mid-1970s because they thought the traditional Oktoberfest was too filling. So they developed a lighter, more drinkable but still malty version that they wanted to be “more poundable” (according to the head brewer at Paulaner).

Description: A clean, crisp, delicately-balanced beer usually with a very subtle fruit and hop character. Subdued maltiness throughout leads into a pleasantly well-attenuated and refreshing finish. Characterized in Germany as a top-fermented, lagered beer. Each Köln brewery produces a beer of different character, and each interprets the Kölsch Konvention slightly differently. Due to its delicate flavour profile, Kölsch tends to have a relatively short shelf-life; older examples and imports can easily show some oxidation defects. Served in Köln in a tall, narrow 200ml glass called a Stange.

History: Cologne, Germany (Köln) has a top-fermenting brewing tradition since the Middle Ages, but developed the beer now known as Kölsch in the late 1800s to combat encroaching bottom-fermented pale lagers. Kölsch is an appellation protected by the Kölsch Konvention (1986), and is restricted to the 20 or so breweries in and around Köln. The Konvention simply defines the beer as a “light, highly attenuated, hop-accentuated, clear, top-fermenting Vollbier.”