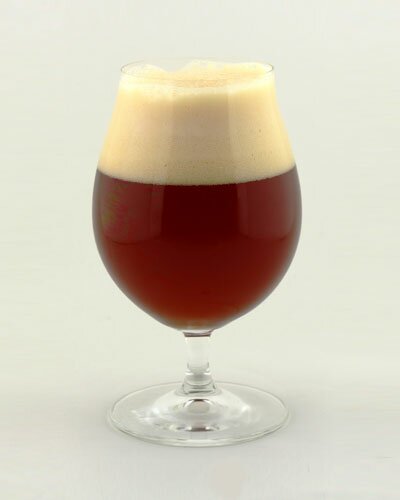 Description: From the mid-1800s through early 1900s in England, the word “mild” in beer parlance referred to freshly brewed beer. Mild ale could be low, medium or high in alcohol, and a “Strong Mild Ale” indicated a high-alcohol, freshly brewed beer. Strong ale purposefully aged by the brewery was called Old Ale upon its release to market. Old Ale was always high in alcohol, since low-alcohol beers were not suitable for aging, as they would spoil and be unpalatable rather than age gracefully and develop desirable flavour characteristics. Concurrently, the capital letter X was used as a grading system to indicate general alcohol strength, with higher strength indicated by more Xs, such as XXXX ale (old or mild). X and XX were just mild ales of slightly different grades but nevertheless intended to be consumed soon.

Description: An ale of respectable alcoholic strength, traditionally bottled-conditioned and cellared. Can have a wide range of interpretations, but most will have varying degrees of malty richness, late hops and bitterness, fruity esters, and alcohol warmth. The malt and adjunct flavours and intensity can vary widely, but any combination should result in an agreeable palate experience.

History: The heritage varies since this category generally reflects a grouping of unrelated minor styles with limited production. Some are historical recreations while others are modern. Some directly descend from older styles such as Burton ales, while others maintain a historical connection with older beers.

Description: Also known as Stock Ale; A strong, full-flavored American ale that challenges and rewards the palate with full malty and hoppy flavours and substantial bitterness. The flavours are bold but complementary, and are stronger and richer than average-strength pale and amber American ales.

History: While modern craft versions were developed as “imperial” strength versions of American amber or red ales, the style has much in common with historic American stock ales. Strong, malty beers were highly hopped to keep as provision beers prior to prohibition. There is no continuous legacy of brewing stock ales in this manner, but the resemblance is considerable.

Description: Also known as Vintage Ale; An ale of moderate to fairly significant alcoholic strength, bigger than standard beers, though usually not as strong or rich as barleywine. Often tilted towards a maltier balance. “It should be a warming beer of the type that is best drunk in half pints by a warm fire on a cold winter’s night” – Michael Jackson.

History: Historically, an aged ale used as stock ales for blending or enjoyed at full strength (stale or stock refers to beers that were aged or stored for a significant period of time). There are at least two definite types in Britain today, weaker draught ones that are similar aged milds of around 4.5%, and stronger ones that are often 6-8% or more.

Description: Rich, malty, dextrinous, and usually caramel-sweet, these beers can give an impression that is suggestive of a dessert. Complex secondary malt and alcohol flavours prevent a one-dimensional quality. Also known as “strong Scotch ale.” The term “wee heavy” means “small strong” and traces to the beer that made the term famous, Fowler’s Wee Heavy, a 12 Guinea Ale. Historically, the strongest beer from a Scottish ale parti-gyle.

History: More related to historical brews than modern lower-strength Scottish ales, these beers have their roots in the strong ales of the 1700s and 1800s, although formulations and methods have changed. A premium product, often produced for export. Modern versions have lower starting and finishing gravities than their historical ancestors.

Description: A showcase of malty richness and complex, intense flavours. Chewy and rich in body, with warming alcohol and a pleasant fruity or hoppy interest. When aged, it can take on port-like flavours. A wintertime sipper. The richest and strongest of modern English Ales. The character of these ales can change significantly over time; both young and old versions should be appreciated for what they are. The malt profile can vary widely; not all examples will have all possible flavours or aromas. Paler varieties won’t have the caramel and richer malt flavours, nor will they typically have the darker dried fruits.

History: Strong ales of various formulations have long been brewed in England, and were known by several names. The modern barley wine traces back to Bass No. 1, which was first called a barley wine in 1872. Barley wines were darker beers until Tennant (now Whitbread) first produced Gold Label, a gold-coloured barley wine in 1951. Usually the strongest ale offered by a brewery, and in recent years many commercial examples are now vintage-dated and offered as a limited-release winter seasonal specialty. The original barley wine style that inspired derivative variations in Belgium, the United States, and elsewhere in the world.

Description: A well-hopped American interpretation of the richest and strongest of the English ales. The hop character should be evident throughout, but does not have to be unbalanced. The alcohol strength and hop bitterness often combine to leave a very long finish.

History: Usually the strongest ale offered by a brewery, often associated with the winter or holiday season and vintage-dated. As with many American craft beer styles, derived from English examples but using American ingredients and featuring a much more forward hop profile. Sierra Nevada Bigfoot, first brewed in 1983, set the standard for the hop-forward style of today. The story goes that when Sierra Nevada first sent Bigfoot out for lab analysis, the lab called and said, “your barleywine is too bitter” – to which Sierra Nevada replied, “thank you.”